The following is a reflection on John 6:24-35, the Gospel lesson appointed for Proper 13B, according to the Revised Common Lectionary. 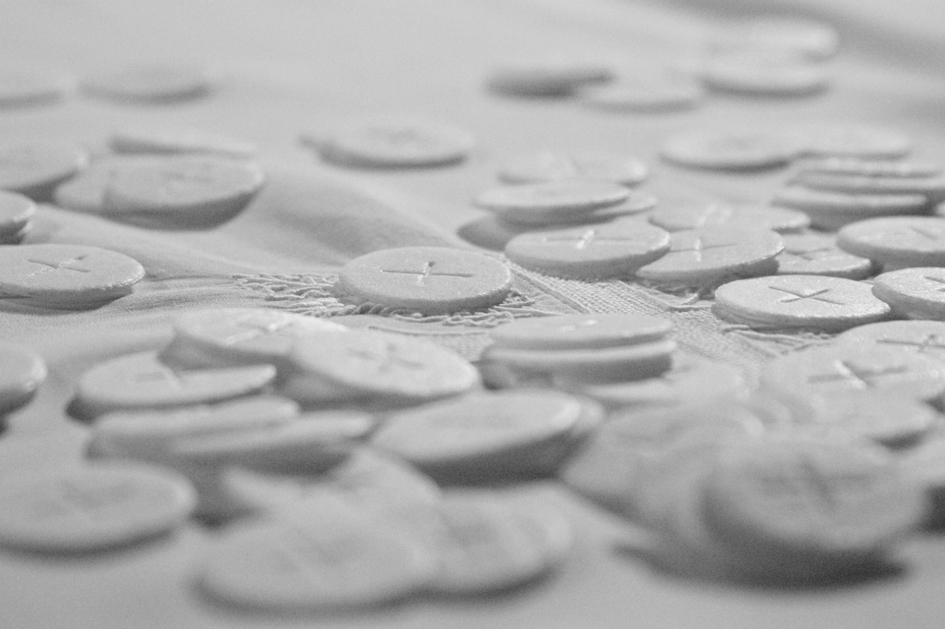 So…I think to fully understand the “I am the bread of life” text, we need to go back a few chapters in John. In chapter four, Jesus is talking to the woman at the well. Jesus offers her water, she marvels at his lack of a bucket with which to draw water, and he then says (in effect) that he’s not talking about the water in the well. If she drank that water she’d just get thirsty again.

Then comes the best part. Probably a little flummoxed, the woman responds:

Sir, give me this water.

It’s clear that the woman thinks that he’s just going to grab a bucket and find this nifty well…so that she “will not be thirsty or have to come here to draw water.” But, to the reader, we know that the water Jesus is talking about can’t be drawn from any well on earth. It’s a gift from above, a gift from God.

Now, fast forward two chapters. Jesus had just fed a whole lot of people on top of a mountain, with just a few fish and some loaves of bread. Needless to say, these people were impressed. They follow him as he travels around, and he tells them point-blank that the only reason they’re tagging along is because they ate their fill.

They know where their bread is buttered. (Or something like that.)

He tells them that they shouldn’t worry about that bread—the bread from the mountaintop—because that bread will get moldy and rot away. But, they are to labor for the bread that doesn’t perish.

The people get all theological on Jesus, and remind Jesus of the manna in the wilderness that Moses gave them—the bread from heaven.

Jesus corrects them. That wasn’t Moses. Moses couldn’t do anything like that on his own. That was God’s bread. Jesus goes on:

My father gives you the true bread from heaven. For the bread of God is he who comes down from heaven and gives life to the world.

Then comes the best part. Probably a little flummoxed, they respond:

Sir, give us this bread always.

It’s clear that the crowd is still thinking about a loaf of bread. Maybe Challah. Maybe Wonder. Maybe Pepperidge Farm Cinnamon Swirl. (My fav.) Who knows.

But, to us, the readers, who know this passage so well, we know that this is not the case.

Because Jesus explicitly tells us that he is the bread of life.

I think there is something to the similarity of these two texts from John. John’s Gospel was written nearly seventy years after the death and resurrection of Jesus—a time when baptism and Eucharist had been fully established in the spiritual lives of Christians.

These two passages talk of ordinary everyday items like bread and water, and yet they point people to realities that are far beyond the ordinary. Big things are going on, even if you can’t always see them. God can give water and bread that can be the very seeds of eternal life. God can cause wells to spring up, gushing into eternity.

Simple things can be signs of things too great to even fully understand.

And, I think these two passages are prompts for prayer.

For the catechumens—the ones awaiting baptism, and who were deep in preparation for what would happen in the sacred waters—they were called by the woman at the well to pray: Sir, Lord, give me this water!

It’s a prayer of yearning and longing. A prayer that knows who can give it, and what the stakes are when it’s given.

And for the community of the baptized—to those who already have the well gushing up within them, those already washed in the waters…well, we are to pray for something else.

Sir—Lord—give us this bread. Always.

Because it’s from God. Because it will never perish, even though it may die.

Because, Jesus is this bread. The Bread of Life.