The following is a reflection on Luke 10:25-37, the Gospel Lesson appointed for Proper 10 Year C, according to the Revised Common Lectionary. The bulk of this post is also an excerpt from my book, Going to Hell. 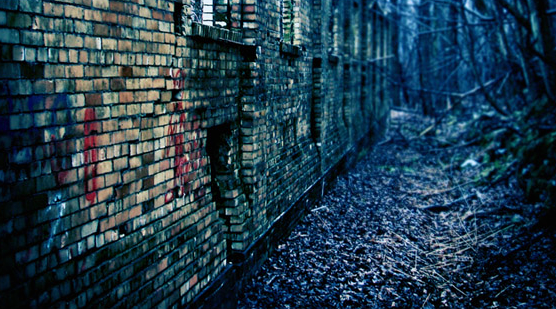 When Jesus is approached by the rich young ruler and asked, “Teacher, what must I do to inherit eternal life?” the answer Jesus gives is pretty stunning:

The Rich Young Ruler dared to ask Jesus that question. But, he wasn’t alone.

The other person to ask Jesus this all important question is a lawyer who comes to test him.

Teacher, what must I do to inherit eternal life?

Instead of Jesus rattling a few ideas off the top of his head, he does what any good teacher does when a student asks a good question: he sends the question right back to the person who asked it.

What is written in the law? What do you read there?

Of course, the lawyer wasn’t expecting to answer his own question. After all, he was coming to “test” Jesus. He might have been “testing” Jesus in the sense that he wanted to see if Jesus actually knew what he was talking about. Or, he may have been “testing” Jesus to see if he would give an answer that was so off the mark it would be prosecutable.

But, instead of hearing blasphemy, the lawyer was faced with answering his own question.

Maybe after a few moments of hemming and hawing, the lawyer blurts out:

Love the Lord your God with all your heart, soul, mind and strength, and love your neighbor as yourself.

Not bad. Especially since Jesus was fond of this phrase as well.

Jesus responds, in effect, “yep, you got it—go and do that.”

First, notice how Jesus doesn’t seem excited about this conversation. He certainly doesn’t try to keep it going.

He’s asked a question, and he asks the question right back. He gets an answer, and he accepts it and sends the man on his way. It’s like he has no blood going to this topic. It’s as if eternal life just doesn’t make Jesus’ top-ten list.

He’s so seemingly uninterested that he appears to want nothing to do with any of it.

Imagine asking this question to a modern-day preacher-evangelist on the street corner. You’d be bludgeoned with biblical quotes for what would certainly feel like an eternity. There’d be a definitive answer, and a hard-sell on getting you to accept the answer he was giving you, right now: Repent of your sins, and turn to Jesus.

But, Jesus? He’s asked the question, and he just seems bored.

The second thing to notice here is that Jesus is quoting from two Old Testament laws.

Deuteronomy 6:5
Love the Lord your God with all your heart, soul, mind and strength.

Leviticus 19:18
Love your neighbor as yourself.

These are two commandments from the first five books of the Bible, also known as the “Torah” or “The Law.” Just like Jesus answered the rich-young-ruler with a string of quotes from the Old Testament, here Jesus accepts the quotation of Old Testament laws as an acceptable answer to the question of eternal life.

And, again, no appeal to repentance or faith.

Now, admittedly, it would be hard to love God with all that you are without faith—and it would even be difficult, if not impossible, without turning away from your sins.

But, it’s not part of the answer. There is no direct appeal to either faith or repentance.

Only a direct appeal to love. Love God. Love your neighbor.

And, like the rich-young-ruler, the initial question-and-answer session isn’t the end of the story. Remember, the lawyer comes to test Jesus: but, he gets nothing juicy. There’s no blasphemy, nor any proof that Jesus knows anything.

The lawyer’s done all the talking.

So, the lawyer has a follow-up:

And who is my neighbor?

If we have to love our neighbor as ourselves, who exactly is it that we have to heap all this love upon?

Now, this is a good question that would be fertile ground for a juicy answer. For as long as we humans have been organizing ourselves into societies, there have always been people who are “in” and people who are “out.” The lawyer has a very good chance, knowing Jesus, about getting him to say that you have to love someone who is “out-of-bounds” by societal standards.

And, depending on how “out” Jesus’ answer goes, we could be looking at some serious blasphemy.

In fact, if Jesus isn’t careful, he might say something that gets him arrested. Or crucified…

And here is where Jesus does another brilliant good-teacher-move: he doesn’t just answer the question, but he tells a story.

And the story he tells is the story of the Good Samaritan.

The story is about a man who got beat up and left to die on the side of the road. Two priests walked by, and then kept walking—presumably to keep their ritual purity in-tact, because touching blood or a (potential) corpse would have left them out of work for several days or weeks. Then a Samaritan comes upon the scene, and he jumps into the ditch with the bloody, beat-up man. He cares for him, and he provides for his recovery.

At the end of the story, Jesus asks the lawyer which person was a neighbor to the man. The lawyer says, “The one who showed him mercy.”

Notice how the lawyer doesn’t say “the Samaritan.”

He couldn’t bring himself to even utter the word “Samaritan.” Samaritans were that far “out-of-bounds.”

Had Jesus simply answered the lawyer’s second question by saying something like, “well, all people are your neighbor, including people like the Samaritans,” the lawyer would have had the answer he was looking for, and all the information that he needed to have Jesus put away for a long time.

But, also notice how Jesus responds. He tells a story, and asks the lawyer to answer for himself.

The story of the Good Samaritan is known and loved by many. Just take a moment and ponder how many Sunday Schools have performed skits of hapless kids beat up and saved by another kid in flip flops.

But, this story was never meant to stand on its own. It’s the story Jesus told during a conversation on salvation.

Go and do likewise.