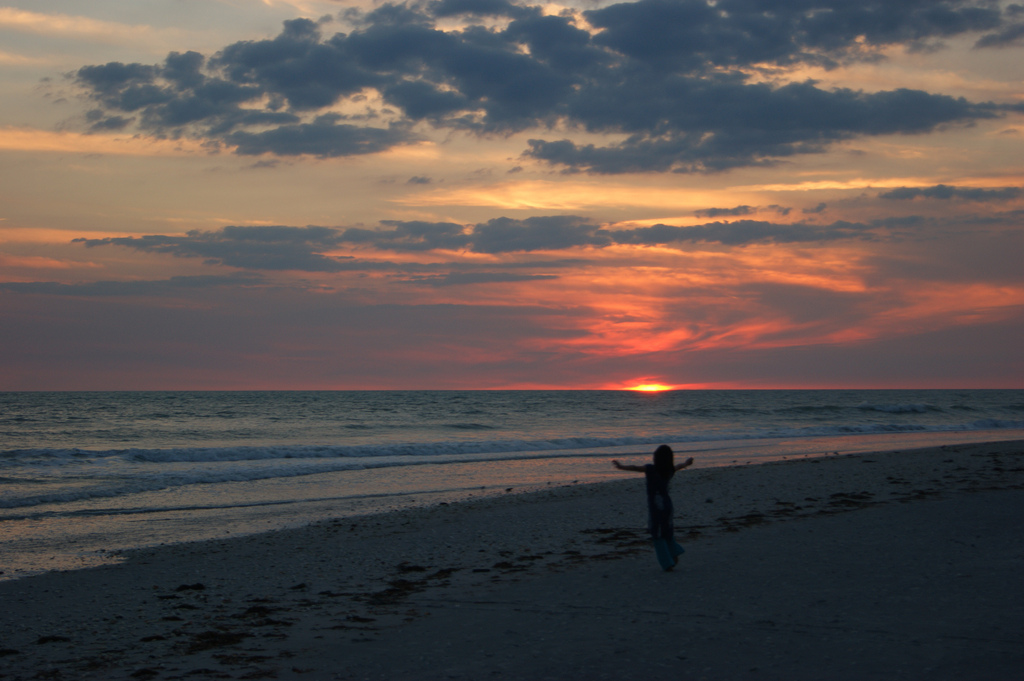 Towards the end of the second chapter of “Acts,” we find a summary of how the first followers of Jesus lived:

They devoted themselves to the apostles’ teaching and fellowship, to the breaking of bread and the prayers. Awe came upon everyone, because many wonders and signs were being done by the apostles. All who believed were together and had all things in common; they would sell their possessions and goods and distribute the proceeds to all, as any had need. Day by day, as they spent much time together in the temple, they broke bread at home and ate their food with glad and generous hearts, praising God and having the goodwill of all the people. And day by day the Lord added to their number those who were being saved.

Everyone was in awe. Wonders and signs were being done. They were selling all they had and giving to the hungry, the thirsty, and the poor. They held things in common.

In other words, they shared with each other, and anyone who was in need.

Jesus was risen from the dead. Death couldn’t hold him down. The Resurrection power of God was working wonders in the world. And to testify to the amazing things that God was doing…they shared.

They shared. Jesus is risen.

OK, this is going to sound like a made-up urban legend, but it isn’t. This actually happened to a friend of mine in Atlanta…

It was move-in day at Emory University in Atlanta. My wife worked in Residence Life there, and one of our mutual friends was in charge of a predominantly freshmen dormitory. Students from all over the country had descended on the college to begin a new phase of their lives. They had come to gain an education, to grow into mature adults, to learn life’s lessons, and to drink a lot of cold fermented beverages.

One girl arrived at her new dormitory thinking that she was getting a single room. Apparently she hadn’t read the paperwork, because she was actually rooming with another girl, whom she didn’t know.

Of course, this isn’t an uncommon experience of incoming college freshmen. It’s a rite of passage. As years pass we tell stories of our freshmen college roommates, telling the world how they were the perfect match, or made our life a living hell.

I don’t know how the girl took the roommate news, but her mother was a little taken aback. The mother went to our friend, the professional woman in charge of the dorm, and asked for her daughter to get a private room. Our friend politely said that this wouldn’t be a possibility that day, but her daughter could apply for a room change in the coming weeks if she still wanted this. Our friend went on to say that this could be a really good experience for her daughter, that she’d get to meet another person on campus, make some connections, and learn to share.

Her mother’s angry response: “I did NOT raise my daughter to share!”

And yes, it’s horrific, in an MTV-reality-show-about-spoiled-rich-kids sort of way, but it’s also emblematic of a broader problem in our world: we are so often reluctant to share what we have.

Our whole culture bends towards the goal of not having to share.

I remember being in grade school when my dad gave me my very own black-and-white TV for my bedroom. It was one of those rare moments when I thought my dad was my hero. And, for the first time in our young family’s life together, we wouldn’t ever have to compromise on what to watch on TV. I could sit in one room and watch what I wanted, and he could be in the living room and watch what he wanted.

I have to say that it was awkward when we realized that we were watching the same TV show on separate TVs in separate rooms.

And this was a “luxury.” I earned “cool points” in school the next day when I bragged about my new acquisition.

But, sharing was a hallmark of the first Christian community, set on fire by the resurrection. It surely set them apart from the prevailing culture of their day.

And, it’s meant to set us apart from the prevailing culture still.

We share. Everything. What we have. Who we are. Our food. Our clothes. Our time. Our lives. Our deaths. We share it all.

And why? Because Jesus is Risen.