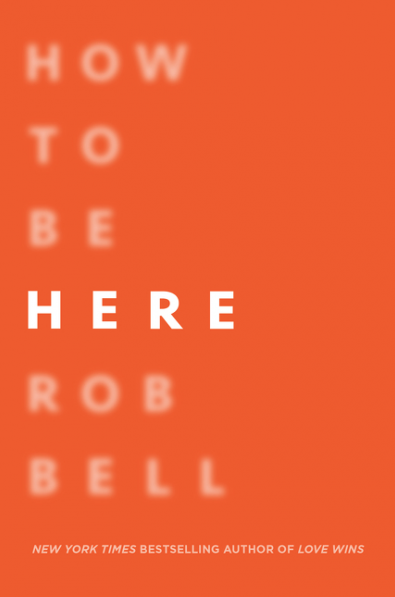 If you’re a take-no-prisoners kind of person with unending-creative-energy, who has great boundaries and a humble-yet-bold understanding of your place in the universe… Then this book isn’t for you.

But, if you’re an aspiring creative who’s also from time-to-time a hot mess, then this book is exactly what the doctor ordered.

I was privileged to attend a two-day event with Rob in West Hollywood earlier this year on the creative process, and he noted that the number of people who just can’t get up off the couch is astounding. Midway through How To Be Here, I thought, “those are the people that Rob is speaking to with this book.” 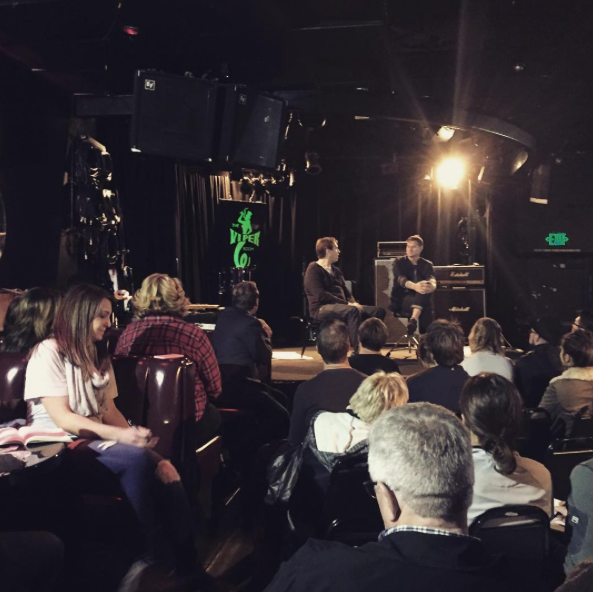 Rob at The Viper Room on the Sunset Strip.

The more I read on though, the more I saw Rob’s target demographic being me. I mean, I love to create things, but I get scared-to-death too. I love to speak on a Sunday morning, but by Sunday lunchtime I’m mentally revisiting what I said earlier and cringing, furious with myself for being so embarrassingly bad.

I might seem pretty confident, but when it comes to swimming in self-doubt and loathing, I can be frequently found in the deep end.

I can also get stuck. My first book took me 8 years to write. Not because I’m that slow of a writer, but I kept shelving it. Over and over again I doubted that there was anything there that didn’t sound stupid. And so years would go by before I could summon the courage to pick it up again.

In classic Rob Bell style, it’s written in such a way that the words just fall off the page. There was part of me that wanted it to be longer, but now I’m glad it’s not War and Peace, because what I really want to do is read it over and over again.

The part that I really needed to hear was his emphasis on surrender. You do what you do, but you have to surrender the outcome. What you do might become a bestseller or hang in a museum, or it might sit in a broken down box in your garage. You just don’t know. And you can either give into the fear of failure, or you can just do it and see.

You might just have lightning in a bottle, but you’ll never know if you don’t do it.

The part that I want to photocopy and hand out to most everyone I love (And, no, HarperOne I won’t be doing that.) is that the first thing you have to do is take what you’re doing right now, and do it as best as you can. You take what you do and turn it into a craft. If you’re stocking shelves, make it rain. If you’re flipping burgers, do it like an artist. If you’re making excel spreadsheets all day, then do it so well that the universe is a little easier to grasp in your rows and columns.

And then, with that as a springboard, find your path, and walk it fiercely.