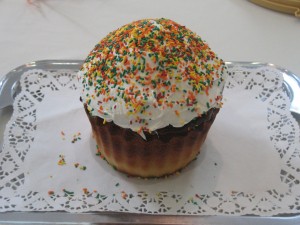 Stewardship in church isn’t about money. I mean, it is. But, it’s also about far more than that.

It’s also about thankfulness. Thankfulness to God for life and it’s many blessings, including our church community.

Last year we tried a new stewardship idea at St. Mark’s–an idea that highlighted the twin themes of relationship and thankfulness.

Here’s what I learned from this:

Was it the “most successful” stewardship drive St. Mark’s had had in several years? Yes.