The following is a reflection on the Feast of the Epiphany, and Matthew 2:1-12 in particular. 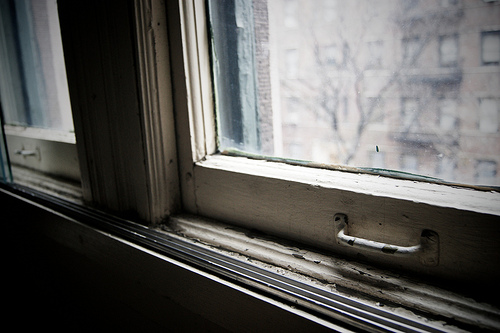 My wife and I saw the new James Bond movie the other day. It was a wonderful little distraction before entering into the maelstrom of Christmas Eve. We’ve always loved the James Bond movies—in fact one of our first “dates” was watching a Bond marathon.

The villain in the new movie, Skyfall, is quite a man to behold. He’s not after world domination or riches. One might say that he’s after revenge. But, really it’s not that. He just wants to exert his dominance over someone from his past, and hurt that person very much. He doesn’t even care if he goes down in the pursuit of this goal.

He’s mad, in the “insane” sense of the word.

And, it’s clear that underneath his facade of rage and thirst to inflict pain is really just fear. Fear gone wrong.

With that in the background, it’s hard not to see Herod in that same light. And, it’s quite amazing that with all the merry-making, rosy-cheeked Santas, and whimsical snowflakes hanging from every department store and mall food court—that the first Christmas was lived out on the backdrop of such fear and the plotting of such evil.

Herod so desperately feared losing his power that he sought to hunt down the infant Christ. And, when he couldn’t find him he killed male children indiscriminately in the hopes that Jesus would end up being one of that number.

Ah, we are so quick to forget that, aren’t we—and that link to the story of Moses that Matthew wants us all to see so clearly.

Fear and the thirst for power is a mix that is volatile. How many innocent lives and beautiful dreams have been lost in that concoction?

And there is is, right there, while Jesus is still in swaddling cloths and lying in a manger. No crying he makes, and yet a bounty is on his head. Holy infant, tender and mild, and yet he is a threat to the great Herod.

And, with all of that in the background…people don’t stay away. They come.

The come from great distances. From the east.

And they don’t come because the great learned scholars and holy folk of the religion of Abraham, Isaac, and Jacob knew of his coming. On no. They knew nothing of it until it had been told them.

No, the professionally religious in and around Jerusalem were a bunch of no-nothings when it came to the Word becoming flesh.

But, no matter, for the cosmos cried out in exultation. A star shone, and it moved till it was over the spot where the Prince of Peace lie.

And those wise men—how many? Who knows. Matthew doesn’t tell us. For all we know it was the grandest parade the world had ever seen.

They knew that Herod was evil. They had been to his lair. They had looked into his power-hungry eyes and fear-laden glare.

But, they came anyway. The parade went on, with the star in the front and the camels in the rear.

Nothing would stop them. Nothing could.

We know. But, we’re to go anyway. We’re to make our pilgrimage to the Christ. And we’re to give him our gifts.