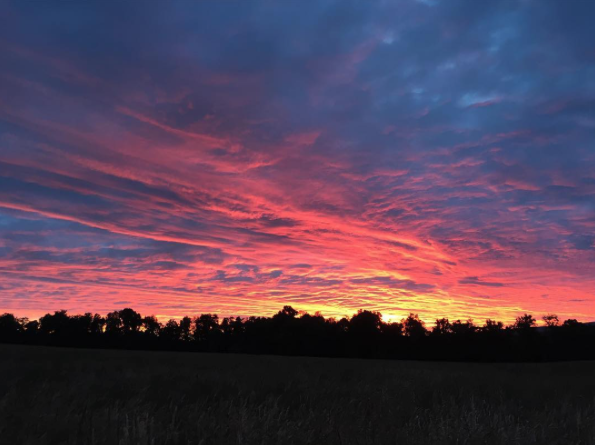 In the Gospel of Luke the disciples ask Jesus, “Lord, teach us to pray,” and Jesus gives them a shorter-than-we’re-used-to version of the Lord’s Prayer.

There’s a jillion sermons and books and journal articles and videos and blog posts about the content of the Lord’s Prayer, how important it is, how similar it is to other ancient Jewish prayers of Jesus’ day, etc.

But, here’s the thing… I think we might just possibly be barking up the wrong tree. At least in Luke.

I mean Jesus is known for not directly answering a questions asked of him, or doing exactly what is asked of him. People ask him what they must do to inherit eternal life, and he says, “What do you think?” People ask him what the greatest commandment is, and he asks them what they read in the law. His mother informs him that the party has run out of wine, and says that it’s none of his business…before changing the water into wine.

So, I find it a little curious that the disciples ask Jesus to teach them how to pray, and he just spits out a six line prayer like that’s all there is to it.

If you asked someone to teach you how to fly a jumbo jet aircraft, and they told you about six knobs and levers to pull and twist, and that that was all there was to it, you’d might be a little skeptical.

If you asked someone how to make wonderfully flaky and buttery puff pastry, and they gave you a short ingredient list and then told you to throw it all in the oven for a little bit, you’d want a little more detail.

If you asked an artist how you could paint like Van Gogh, and they told you to get some paint and while making a sunflower on a canvas to apply the paint thickly, you wouldn’t be too impressed.

So, the disciples ask Jesus to teach them how to pray, and he gives them a short prayer? That’s it? Really?

That wouldn’t even work today. If someone comes into my office, asking me to teach them how to pray, they aren’t going to be satisfied if I hand them a card with the Lord’s Prayer stamped on it. They are going to want more.

So, what’s going on here?

I wonder if Jesus isn’t punking them. Not so that he could embarrass them, of course, but so that they might have the fortitude to go deep and keep going there.

Peter Rollins tells a great tale in his book Insurrection about a man who desperately runs up to the home of the town priest and bangs on the door looking for help for a family that’s about to get evicted. The man tells the clergyman with great emotion that this is a great family, that they are very trustworthy, that they’ve never, ever been late with their rent before—and if they don’t come up with the full amount today that they will be out on the street by evening. The priest says, yes, of course he can help. But, just before setting off to the church for the discretionary fund checkbook the priest asks the man, “By the way, how do you know the family?”

The guy is asking a favor from someone, and yet he also has the power within himself to do something about it.

Knowing Jesus’ predilection for answering a question with a question, and for responding with unconventional responses to requests, I wonder if this isn’t what Jesus is doing here. As if Jesus is really saying,

You want to know how to pray? You want to commune with the Force that set the sun, moon, and stars in the sky and put the planets on their courses? You want to step into the Presence of the One who knit you together in your mother’s womb, and whose glory stretches across the universe? Well, here’s a few nice words to get you started.

And if it doesn’t work the first time, or the 1,578th time—just keep at it. Be persistent. Be in it for the long haul.

Ask, and keep asking. Knock and keep knocking. But, keep your words down to a handful, because the real magic happens when you listen.

Do this, and you might just be surprised at the doors which open, and the gifts you receive.