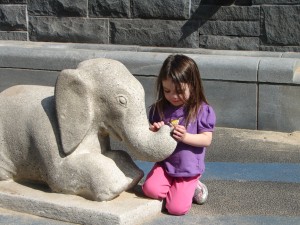 Isaac had two boys, and one conspired to lie and cheat his way into a blessing that, by birth right, belonged to the other.

Jacob had twelve boys, and ten of them conspired to kill one of their brothers–and probably would have if one lone brother hadn’t spoken up and talked them into merely selling him into slavery.

Ah, the joys of family…

Functionally, the story of Jacob’s deceit serves as a demonstration of the power of God: he chose Jacob above and beyond the societal norms of choosing an elder brother. (A similar effect is found in the choosing of David to be King, as he was the youngest of his brothers.)

And, functionally, the story of the near-murder, and actual-forsaking of Joseph by his brothers serves as the mechanism by which God brings his people to Egypt, so that they might eventually be delivered.

Once again the story of the patriarchs moves to high drama: a drama of rage, deception, and broken dreams.

Only to, one day, be renewed and made right.

The beginning of the Joseph novella is a story of betrayal and loss–not unlike the story of the crucifixion. And the end of the story is something of a resurrection.

Jacob lost a son, only to find him again–just as God lost a son on the cross only to raise him on the third day.

Haven’t you been thrown into a seemingly hopeless situation, due to no fault of your own?

If you’ve lived life long enough, we all know the feeling of sitting at the bottom of the pit with Joseph, only to hear the clang and rattle of the Ishmaelites coming around the corner.

And, if we can manage through a few more chapters of the novella, hopefully we’ll be able to see God at work through it all, and feel the pride of Joseph ruling over a nation through hunger and plenty.